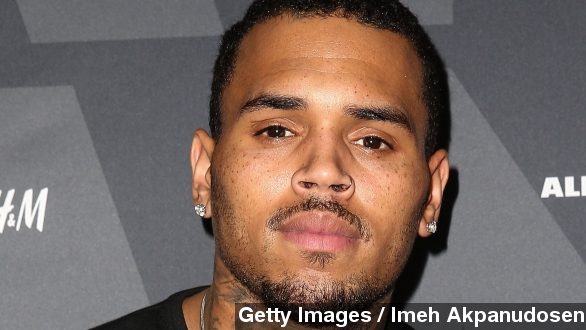 SMS
Chris Brown Is ... A Father?
By Jay Strubberg
By Jay Strubberg
March 4, 2015
According to TMZ, the R&B star and a 31-year-old former model named Nia are the proud parents of a 9-month-old baby girl.
SHOW TRANSCRIPT

Well, this one kind of came out of nowhere. Chris Brown is reportedly a father.

According to TMZ, the R&B star and a 31-year-old former model named Nia are the proud parents of a 9-month-old baby girl.

The outlet says Brown and Nia have known each other for several years and are on "very good terms," but the two aren't romantically involved. (Video via HOT 97)

The Grammy Award-winning recording artist is currently in a relationship with model Karrueche Tran but has shuffled between dating her and ex-girlfriend Rihanna for the past several years.

Twitter users were, of course, a little shocked by the news, given Breezy's troubled past and his relationship woes.

Last month, Breezy stopped by Power 105.1’s The Breakfast Club and actually confessed that he wanted a baby but wasn't exactly sold on the concept of marriage. (Video via Universal Music Group / "Hold You Down")

"I'm cool having a baby. The marriage thing ... I'm not cool with giving you half of what I earned all my life. ... In our generation marriage has been distorted to our generation of people because it hasn’t worked. The older generations… it worked," Brown said.

The new baby girl isn't the only thing Brown has to be happy about lately. He released his latest album with Tyga, "Fan of a Fan: The Album," last week. It's expected to debut in the Billboard Top 200 Top 10 next Wednesday.