Haiti Could See A Resurgence Of Cholera After Hurricane Matthew 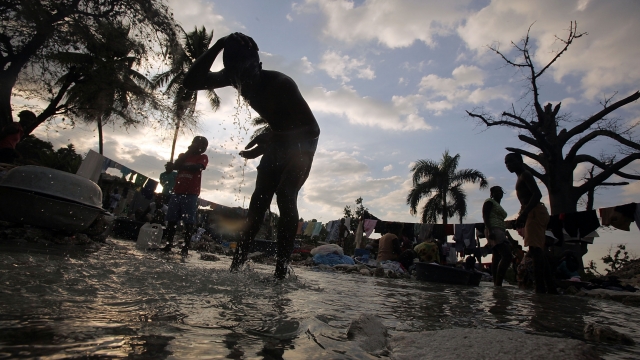 Doctors in Haiti are warning the death toll from Hurricane Matthew could continue to rise due to a cholera outbreak.

It's a disease caused by the ingestion of bacteria-contaminated food or water. If not treated quickly, cholera can result in death.

The World Health Organization estimates as many as 4 million people become infected with cholera every year, and about 143,000 of those patients die from it.

Haiti has been battling a cholera outbreak since an earthquake struck the country in 2010. It was the first outbreak in Haiti in at least a century and has resulted in at least 9,000 deaths.

In August, the United Nations admitted it played a role in the outbreak after UN peacekeepers who were previously stationed in Nepal brought cholera into Haiti in 2010.

The BBC reports at least 13 people have contracted cholera and died following flooding from Hurricane Matthew.