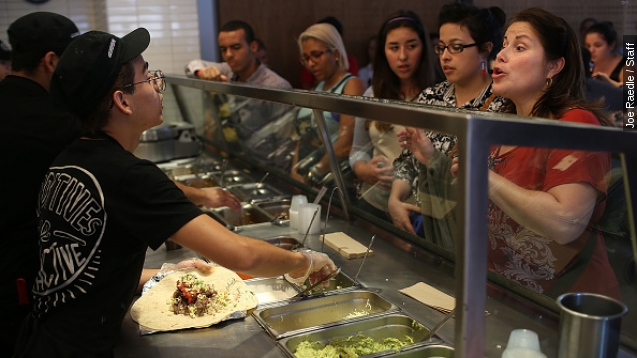 SMS
Chipotle Temporarily Closes 43 Locations After E. coli Scare
By Samantha Crook
By Samantha Crook
November 1, 2015
E. coli cases in Washington state and Oregon are believed to be linked to Chipotle. Restaurants in both states have voluntarily closed.
SHOW TRANSCRIPT

At least 22 E. coli cases appear to be linked to Chipotle restaurants in Oregon and Washington.

Washington State Department of Health officials aren't exactly sure what food or contaminant is causing the outbreak, but 17 of the 19 reported cases in the state came from people who had eaten at Chipotle. (Video via Chipotle Mexican Grill)

The Oregon Health Authority pointed out that people with E. coli symptoms might not seek medical treatment, so the number of cases is likely higher.

State health officials are working with the Food and Drug Administration and the Centers for Disease Control and Prevention to investigate the outbreak.