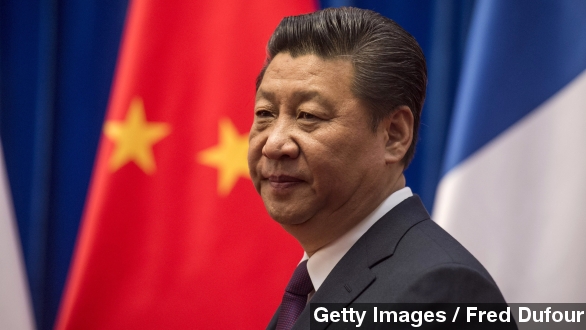 Chinese President Xi Jinping has accepted an invitation to visit the United States later this year. This, according to China Daily which cites a senior Chinese diplomat.

This will be Xi Jinping's first official state visit to the U.S as China's president. Xi has visited the U.S. before; the outlet notes he met with President Obama in 2013, but it was an "informal summit." (Video via Jewish News One)

The state leaders are expected to discuss economic issues, cybersecurity and overall increased cooperation between the two countries.

The invitation and subsequent acceptance comes just a few days after the Obama Administration announced its updated National Security Strategy.

A strategy The White House says focuses — in part — on increased diplomacy with Asia and the pacific, strengthening alliances and expanding trade and investment in the region.

An official date for Xi's state visit has yet to be announced.