Chinese Officials Aren't Sure Where Their Falling Spacecraft Will Land 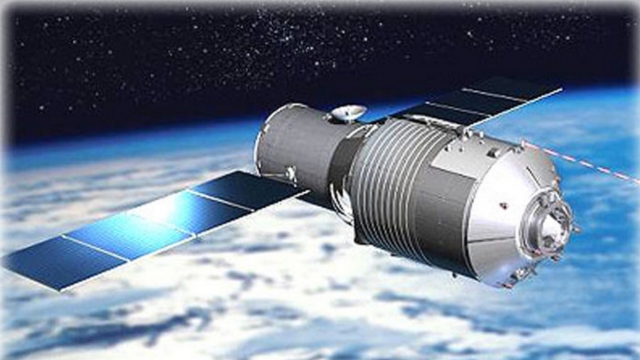 SMS
Chinese Officials Aren't Sure Where Their Falling Spacecraft Will Land
By Ryan Biek
By Ryan Biek
September 21, 2016
Chinese officials are no longer in control of the Tiangong-1 space station.
SHOW TRANSCRIPT

Chinese officials can't rule out the possibility its falling space station will hit a city next year.

The Tiangong-1 or "Heavenly Palace" lab was launched in 2011, and the last manned mission was in 2013. The lab continued to send data to the Chinese Manned Space Engineering Office until earlier this year, when the office ended the data transmissions.

Earlier this week, Chinese officials confirmed what had been speculated for months –– that they'd lost control of their craft.

A craft re-entering Earth's atmosphere isn't really the scary part. Usually scientists can control the descent to make sure it lands in an ocean.

But since China lost control, it has no idea where the craft is going to land. As a Harvard astrophysicist told the Guardian, just a small change in atmospheric conditions could change the craft's course "from one continent to the next."

The saving grace here is most of the craft will burn up as it falls to Earth. But some parts, like the 200-pound rocket engines, may not melt completely.

Still, the planet's huge, so no city is being told to freak out just yet. China just launched a new space station, Tiangong-2, earlier this month.