Chinese Company To Build High-Speed Rail From Vegas To LA 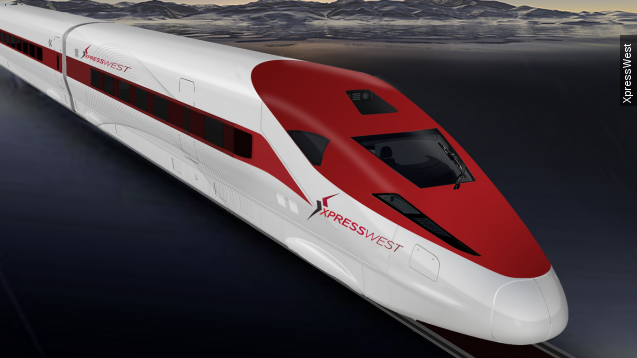 SMS
Chinese Company To Build High-Speed Rail From Vegas To LA
By Katie Link
By Katie Link
September 18, 2015
A Chinese company and an American company have agreed on plans for a high-speed railway between Las Vegas and Los Angeles.
SHOW TRANSCRIPT

It's not a bird or a plane. It's a train. A really fast, really expensive train.

The companies at play here are the U.S.'s XpressWest Enterprises and China's government-owned China Railway Group. After four years of negotiations, the two have agreed on a plan.

According to the companies, the high-speed train, or bullet train, will travel from Las Vegas, Nevada, to Victorville, California — about 80 miles from downtown LA — with an additional stop in Palmdale, California.

And the route makes sense. According to the Las Vegas Convention and Visitors Bureau, in 2014 nearly a quarter of visitors to the city traveled from Southern California. (Video via Bookinghunter.com)

So why haven't high-speed railways connected major U.S. cities before?

"Within 25 years, our goal is to give 80 percent of Americans access to high-speed rail," President Obama said during his 2011 State of the Union Address. (Video via The White House)

Well, that hasn't exactly gone according to plan. The big reason: money.

The New York Times reports state leaders have repeatedly returned federal funding for high-speed railways because the project seems too daunting and resources are needed elsewhere.

On the other hand, China has long been a leader in the high-speed transportation industry because of federal funding. Economic stimulus plans over the years have poured billions of dollars into the development of more than 10,000 miles of railway tracks across the country.

China has been trying to enter the high-speed rail market in the U.S. for a while. Last October, China made its first major transit deal in the U.S. to provide trains for Boston's subway system.

If the new plans are approved, construction could begin as soon as next September and would take around three years to complete.