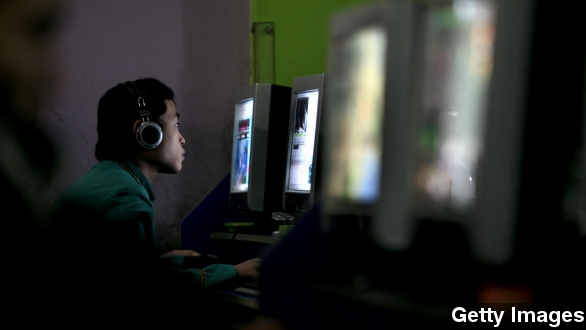 China has ramped up its Internet filtering to quash the use of virtual private networks, or VPNs.

Earlier this week the Chinese government acknowledged its official role in the crackdown and suggested there was more censorship to come.

VPNs allow users to create private connections to other computers through the public Internet. Users in China were able to circumvent some of the country's restrictions on Internet access. (Video via Bloomberg)

It's the latest in China's well-documented history of censorship. Late last year, for example, China cut off the mainland's access to Instagram in what was thought to be an attempt to suppress news of September's Hong Kong protests. (Video via The Guardian)

And in December, it was easy to see when China restricted its already limited access to Gmail servers.

The Washington Post explains there is a hint of a silver lining for big business, even if it comes at the cost of China's communication with the rest of the world.

"Chinese IT companies, behind the wall, are flourishing, and e-commerce is booming. As dissent is crushed, the policy's success in consolidating Communist rule suggests that there will be no turning back."

VPN providers say they will keep operating in China in the meantime. One tells PCWorld censorship or no, some things are really hard to eradicate from the Internet.

"When they block a domain name, we can just start a new domain name."