China Suspected In USPS Hack As Obama Arrives In Beijing 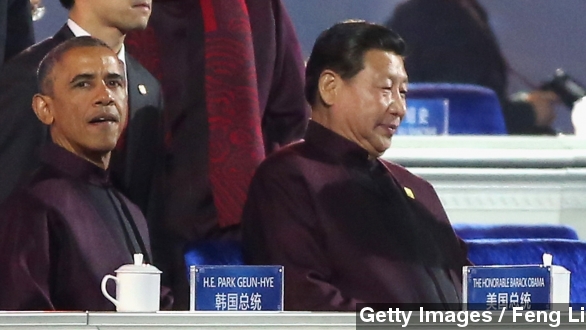 SMS
China Suspected In USPS Hack As Obama Arrives In Beijing
By Ben Lawson
By Ben Lawson
November 10, 2014
Just as Obama meets with his Chinese counterparts, reports surface the Chinese government might have hacked the U.S. Postal Service.
SHOW TRANSCRIPT

Reports surfaced Monday that hackers for the Chinese government might be behind a recent cyberattack of the U.S. Postal Service, which compromised the data of more than 800,000 employees.

The hack, uncovered in mid-September, might have lasted more than seven months. It does not appear consumers' credit card information was revealed.

But hackers gained access to names, dates of birth, Social Security numbers, addresses and dates of employment for more than 800,000 Postal Service employees and retirees.

What isn't immediately clear is how such information about Postal Service workers could be used by the Chinese government, if it was actually behind the attack. A cyberpolicy expert shared some theories with The Washington Post.

"The Chinese may be assuming that the U.S. Postal Service is more like theirs — a state-owned entity that has vast amounts of data on its citizens." Also, "the trend in intelligence is the same as in the commercial sector: amass big sets of data that can be analyzed for previously unknown links or insights."

The New York Times writes the intruders could be seeking a better understanding of how federal computers operate and what kind of information is out there.

The FBI is investigating the breach, and the Postal Service is providing credit-monitoring services to those affected for one year.

It released a statement saying, "The intrusion is limited in scope and all operations of the Postal Service are functioning normally."

The same day the reports emerged, President Obama also spoke at the Asia-Pacific Economic Cooperation summit where he said he hopes to deepen U.S. relations with China.