China Says It Will Stop Harvesting The Organs Of Inmates 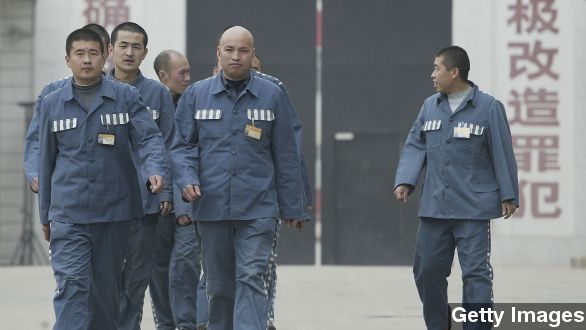 SMS
China Says It Will Stop Harvesting The Organs Of Inmates
By Jake Godin
By Jake Godin
December 5, 2014
China's state-run media says the government has set a deadline by which it will stop using inmates' organs for transplants, but some are doubtful.
SHOW TRANSCRIPT

China announced Thursday it plans to cease the controversial practice of harvesting organs from executed inmates. But the move might create a host of new problems for the world's most populous country.

The news came from China's state-run newspaper, China Daily, which says the government will only rely on voluntary donations starting Jan. 1.

China has one of the lowest organ-transplant rates in the world, with only about 10,000 of the 300,000 organ transplant operations needed every year being fulfilled.

It's because of the low donation rate that the Chinese government harvests the organs of executed prisoners — a practice that has long been criticized by governments and human rights groups alike.

Although China doesn't give out execution statistics, a U.S.-based human rights group estimates China executed 2,400 people in 2013 — more than the rest of the world combined.

A 2006 investigative report claims the Chinese government not only executed inmates on demand for wealthy organ buyers but also performed the surgeries on inmates who were still alive. (Video via International Coalition to End Organ Pillaging in China)

According to the report, the Chinese government specifically targeted prisoners who affiliated with the Falun Gong religious movement. Both the European Parliament and U.S. House Foreign Affairs Committee have passed resolutions calling for the targeted harvesting to stop. (Video via Voice of America)

China attempted to spur voluntary donations in 2010 by launching a national donation program, but Chinese citizens have been slow to donate.

A Human Rights Watch director tells CNN he's "extremely skeptical" about whether China could give up using prisoner organs cold turkey, saying "Many Chinese citizens would be unconvinced about voluntarily signing away their organs, even for altruistic (reasons)."

Part of the reluctance to donate stems from traditional beliefs in China that the body should be whole in death. The other part is a distrust in the government.

One doesn't need to look too far to find examples of that organ trade, either.

In July, 12 people were arrested in China for setting up a smuggling ring where kidneys were being sold for about $20,000 apiece and being disguised as seafood for shipping.

Just a month later 15 more people, including some doctors, were arrested for harvesting and selling 51 kidneys. The organ donors were only given a little under $3,500 in exchange. (Video via China View)

Still, as The New York Times notes, this Jan. 1 deadline is the strongest sign given to date that China plans to stop taking organs from inmates. The country has previously given vague announcements it would cease the procedures in 2011 and 2012.