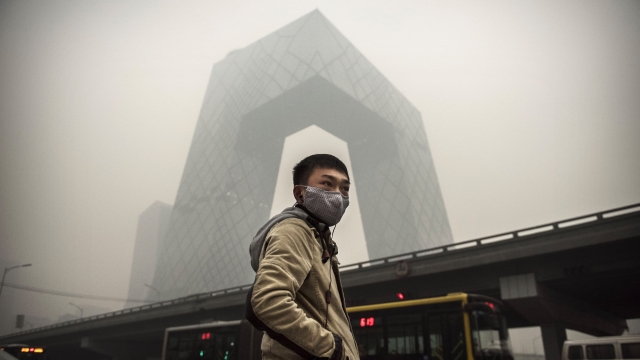 SMS
China's Smog Could Make It More Difficult To Fight Off Some Infections
By Lindsey Pulse
By Lindsey Pulse
November 28, 2016
The air pollution in Beijing has traces of antibiotic-resistant bacteria.
SHOW TRANSCRIPT

China's smog could make it more difficult for people to fight off some infections. The air pollution has traces of antibiotic-resistant bacteria.

A team from the University of Gothenburg in Sweden took over 800 samples of DNA from humans, animals and various environments across the globe.

In Beijing, the air samples contained DNA from genes that make bacteria resistant to some "of the most powerful antibiotics we have" — including carbapenems.

Carbapenems are a sort of "last resort" antibiotic doctors can prescribe to treat certain infections caused by resistant bacteria.

China's smog was already a major health hazard — 2013 was a particularly bad year that sent thousands of children into hospitals because of respiratory problems.

The team notes there's probably a mix of live and dead bacteria in the air. And it's the live bacteria that could be "a real threat."