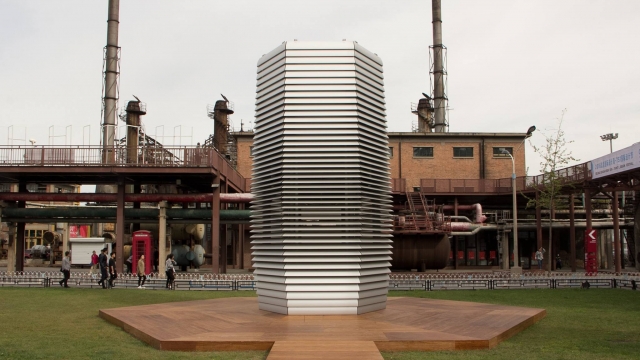 By Lindsey Pulse
November 25, 2016
It's not cleaning as much air as expected.
SHOW TRANSCRIPT

Turns out, China's smog-eating tower isn't quite up to the job.

The tower was unveiled in September in Beijing. It stands about 23 feet tall and creates jewelry — we're talking rings and cuff links — from air pollution.

The purifier sucks in smog, captures the particles and compresses them. At the same time, the tower cleans the air around it.

The tower's creator claimed it could clean over 1 million cubic feet (30,000 cubic meters) of air every hour. But after months of testing, the installation isn't hitting the bar.

The tests show the tower cleans only its immediate surroundings, not "a small neighborhood" worth of air as its creator anticipated.

Still, China's keeping it. The tower will reportedly be renamed to "Smog Alert Tower" and will be used for educational purposes.