China's 'Nobel Peace Prize' Is Nothing Like The Real One 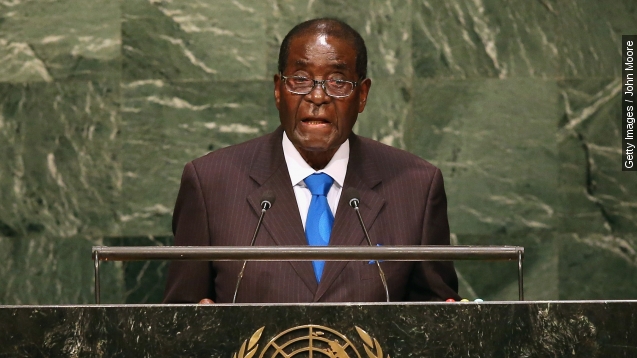 China has awarded a brutal dictator a peace prize, and that shouldn't be surprising.

"We are not gays," Robert Mugabe said at the U.N. General Assembly. (Video via United Nations)

Some media coverage has treated Mugabe winning the award as ironic, but given the prize's history, it's really not.

"The Norwegian Nobel Committee has decided to award the Nobel Peace Prize for 2010 to Liu Xiaobo for his long and nonviolent struggle for fundamental rights in China," Nobel committee chairman Thorbjorn Jagland said.

The prize itself was created in retaliation to the Nobel committee awarding its prize to Tiananmen Square protest leader Liu Xiaobo in 2010. Xiaobo was, and still is, imprisoned. (Video via CBS)

For his part, Mugabe didn't even attend the award ceremony, which also isn't surprising: In five years, four other recipients haven't showed up for their prize, either.