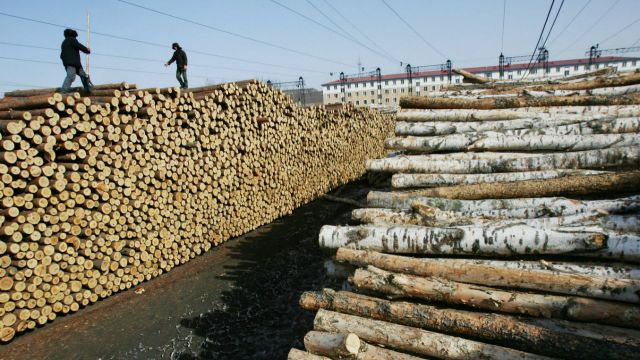 SMS
China's Deforestation Solution Costs Other Nations
By Kaileen Gaul
By Kaileen Gaul
March 19, 2016
China's Natural Forest Conservation Program helps their forests, but it costs other nations whose timber supply made up for the logging cutback.
SHOW TRANSCRIPT

China's deforestation problem has eased up ever since the creation of its forest conservation program in 1998. But it might have cost other countries.

A study published in Science Advances found there was a sizable improvement in 1.6 percent of China's land from 2000 to 2010.

One of the significant things the Natural Forest Conservation Program did was put bans on logging in China's natural forests after excessive deforestation contributed to devastating floods.

Because of the high demands for timber in China, the ban meant importing timber from nations like Vietnam, Madagascar and Russia. So the deforestation China's conservation program was meant to combat just moved elsewhere.

And loggers in Madagascar illegally harvest Rosewood and sell it in China because of a high demand for the rare wood.

Also, much of the forests in Russia's far east go to Chinese furniture and flooring manufacturers. This loss of habitat is threatening the endangered Amur tiger, according to the World Wildlife Fund.

Forests are important not only for animal habitats, but also for helping to stop erosion, which is what led to some of China's floods. They also create carbon sinks, which remove carbon dioxide from the atmosphere.

This video includes images from Getty Images and sovraskin / CC BY 2.0.