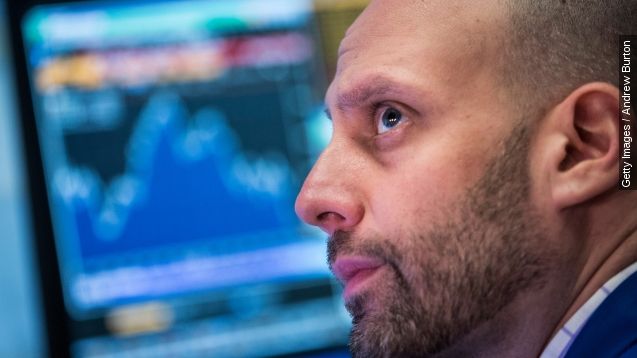 Early morning trading on the first Monday of the new year saw the Dow plummet about 440 points, the S&P 500 about 50 points and the Nasdaq roughly 150 points.

"That represents one of the worst starts to a year that we've seen in recent market history, and it is broad-based selling. No real sectors or industry groups or types of companies are immune to what's been happening right now," CNBC's Dominic Chu said.

Industry experts are pointing to China's extremely volatile market as the driving force behind the U.S. drop. In China, this was the first day of the circuit breaker, which was supposed to limit the damage of drastically falling stocks. Instead, it might've caused investors to freak out even more.

The circuit-breaker system goes into effect for 15 minutes whenever there's a 5 percent rise or drop in stocks. After Monday's 5 percent drop and 15-minute break, trading continued to drop and was finally suspended for the day when the market ended down 7 percent.