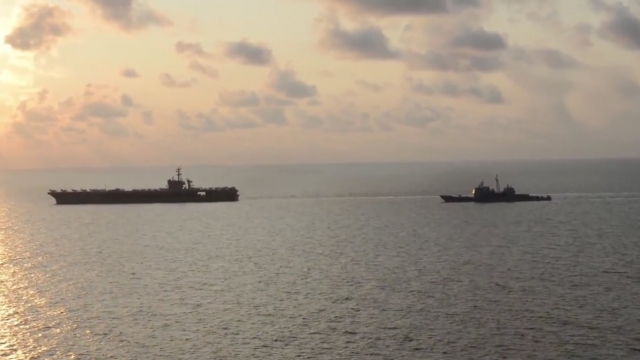 Taiwan's government and U.S. military officials are saying China has installed surface-to-air missiles on an island in the South China Sea, escalating tensions.

This came around the same time President Obama called for countries to stop militarizing the South China Sea.

"We discussed the need for tangible steps in the South China Sea to lower tensions, including a halt to further reclamation, new construction and militarization of disputed areas," President Obama said at a summit.

China, Malaysia, Brunei and the Philippines all have overlapping claims in the region, China's being the largest —  a claim roughly the size of Argentina. The U.S. has sailed through the claimed area several times, arguing for freedom of navigation.

Many of the countries, including Taiwan, have built islands capable of holding military airstrips.

China neither confirmed nor denied the installation of missiles.

This video includes clips from the U.S. Department of State, CNN and U.S. Navy, and images from CSIS Asia Maritime Transparency Initiative / DigitalGlobe.