China Had A Massive Military Parade To Celebrate 70th V-Day 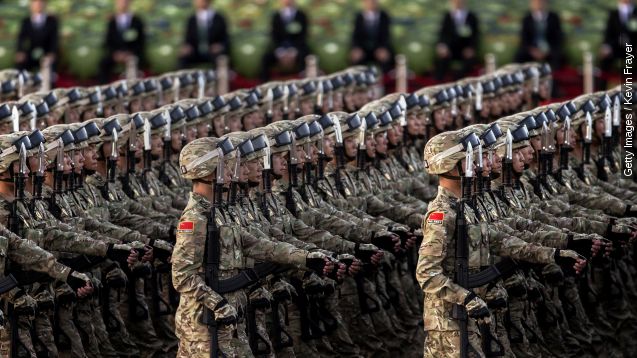 SMS
China Had A Massive Military Parade To Celebrate 70th V-Day
By Jake Godin
By Jake Godin
September 3, 2015
China held a massive military parade in celebration of the 70th anniversary of its victory over Japan at the end of World War II.
SHOW TRANSCRIPT

China had a massive military parade to celebrate the 70th anniversary of Japan's surrender after World War II.

And there was a lot of firepower on display — about 12,000 Chinese soldiers took part in the parade.

Some of the new equipment was being seen by the world for the first time.

China invited leaders from other nations to the military show, including South Korea, Russia and Egypt.

China's President Xi Jinping also announced he would cut 300,000 soldiers from the military by the end of 2017.

That cut won't make much of a dent, though. China has the world's largest army with around 2.3 million troops.

The extravagant parade is likely a welcome distraction for China as its economy continues to worry the global financial market.