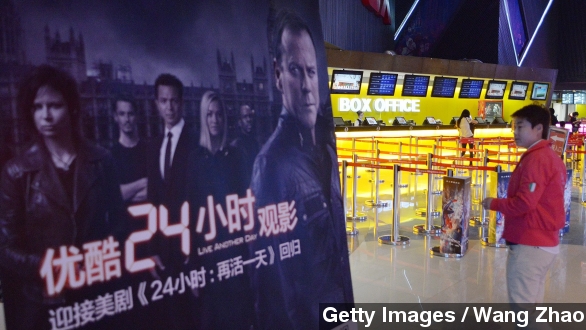 It's not always easy to stream Western TV shows in China, and if anything, it's about to get harder.

Reports show China is busy cutting down even more on the sex, zombies, violence, zombie violence and even the humor of Western entertainment. (Video via Netflix / "House of Cards," AMC / "The Walking Dead," ABC / "Modern Family")

This is a continuation of a campaign that started in the spring of 2014. The Big Bang Theory and other shows vanished from streaming websites as the government started exercising more control over the Internet side of television.

Industry-watchers say it signals a change in attitude from China's regulators. For years, Western studios had enjoyed profitable partnerships with Chinese providers and rabid demand for TV drama content.

But The Financial Times reports late last year China instituted a quota on foreign television content: No more than 30 percent of programming could be from outside studios. (Video via HBO / "Game of Thrones")

Now the government has started censoring entire seasons of popular shows at a time to suppress anything "that might challenge the authority of the ruling Communist Party." Earlier this month, it announced plans to extend similar censorship rules from streaming to foreign feature films.

One analyst told Fortune, "It's going to be tough for foreign content in the coming years."

Exhibit A: new rules requiring all foreign content be registered for broadcast with a streaming license on a show-by-show basis. Those rules will take effect April 1.