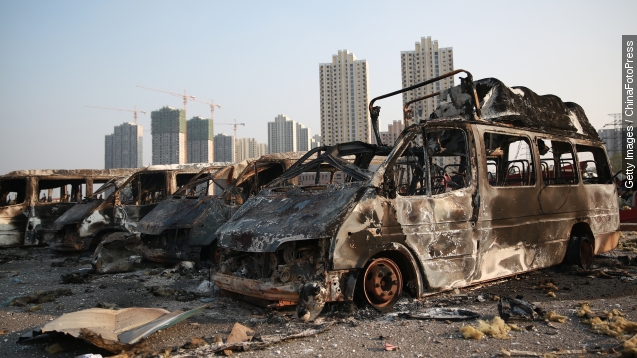 Chinese officials have arrested or begun investigations into 23 suspects in connection to the Tianjin explosion. (Video via People's Daily)

Chinese media reports 12 of the suspects are being detained and face accusations of illegally storing dangerous materials. (Video via New China TV)

The explosion at a hazardous chemical warehouse killed at least 145 people, and Chinese President Xi Jinping has promised punishment for any wrongdoing.