Chill Out, The Hole In The Ozone Layer Is Actually Shrinking 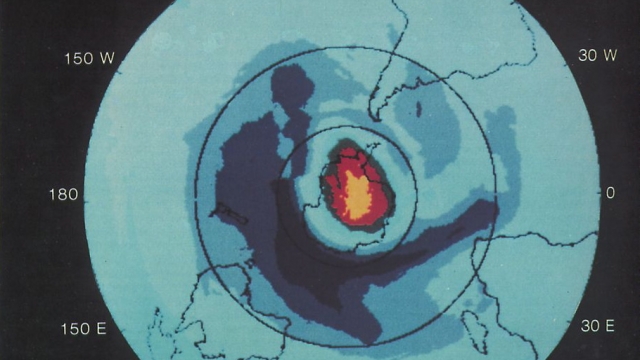 How about this for a change? It's a climate change story that has some good news.

For all the warnings about the environmental damage we humans do to our planet, a new study says the hole in the ozone layer is actually shrinking.

The study examined the effect of 1987's Montreal Protocol, an agreement that aimed to curb worldwide use of chlorofluorocarbons and other chemicals that are known to harm the ozone layer.

Those types of chemicals are used about 97 percent less since the agreement went into effect, and it seems to be having the desired result.

The ozone layer has packed on about 1.5 million square miles since its low point in 2000, and NASA is optimistic the ozone layer could fully recover by 2070. But planet Earth isn't doing itself any favors.

Several recent volcanic eruptions have caused some setbacks. The sulfur spewed out by volcanoes can magnify aerosol particles and chip away at the ozone layer's recovery.

In spite of the volcanic hurdles, scientists say the progress is encouraging. The study's lead author Susan Solomon said, "We can now be confident that the things we've done have put the planet on a path to heal."

This video includes clips from NASA and RT and an image from NASA / CC by 2.0. Music provided courtesy of APM Music.