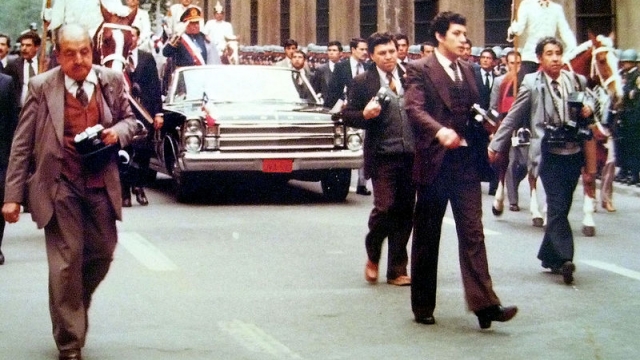 SMS
Chile's Decades-Old Abortion Ban Might Finally Be Lifted
By Melissa Prax
By Melissa Prax
March 18, 2016
If the Chilean Senate passes legislation introduced by the country's president, the current abortion ban will be lifted — but with some caveats.
SHOW TRANSCRIPT

Abortion laws in largely Catholic countries of Latin America are strict — but Chile may be changing.

If the Senate passes legislation introduced by Chile's president, the current abortion ban will be lifted — but with some caveats.

Rape survivors and those with health risks would potentially be allowed to abort their fetuses.

The 1989 ban was put in place by former leader Augusto Pinochet, and for opponents, it's a lingering reminder of his dictatorship.

The proposed legislation mirrors what abortion laws were like before Pinochet.

Citing the country's Ministry of Health, Amnesty International said every year over 33,000 Chilean women and girls have to seek medical help for pregnancy complications, like unsafe or self-induced abortions.

Chilean lawmakers have tried to lift the ban before. An 11-year-old raped in 2013 made headlines and sparked protests after she was barred from aborting the baby.

This video includes clips from 24 Horas, TeleSur, Channel 4, MILES Chile and PBS and images from Getty Images and Ben2 / CC BY SA 3.0.