Children Should Know About The Dangers Of Alcohol By Age 9 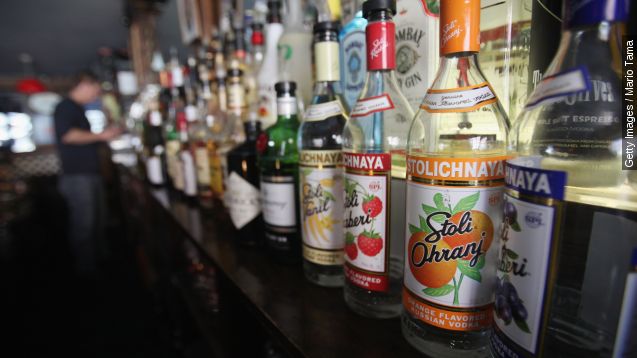 It's a question parents ask themselves all the time: When is the right time to talk to my kids about drinking?

Well, according to a new study, children should be warned about the dangers of alcohol by age 9.

Now, it might sound a little excessive to sit a 9-year-old down to have the "booze talk" after Tee Ball practice.

But the report from the American Academy of Pediatrics says, "Surveys indicate that children start to think positively about alcohol between ages 9 and 13 years."

And that has a lot to do with the copious amounts of alcohol advertising and marketing that young people are exposed to these days. (Video via Skyy Vodka)

According to the study, the more ads tweens see, the more likely they are to drink. And if they're already drinking, the exposure often leads them to drink more. (Video via Bud Light)

And the report has some pretty shocking numbers to back up that claim.

The authors found between 36 and 50 percent of high school students currently drink alcohol. And within that group, 28 to 60 percent admitted to binge drinking.

Even more disturbing? The study says, among 12- to 14-year-olds who drink, about half reported they binge drink.

According to the U.S. Department of Health and Human Services, alcohol is the most frequently abused substance by adolescents.

And because it's so common, and not to mention legal, the consequences are often downplayed by parents.

One of the study's authors told LiveScience, "When I have kids in the ICU, and I tell the parents it's alcohol, they're relieved. But they shouldn't feel relief. [Alcohol] is a killer."

So, how should parents approach the alcohol talk with their children?

The National Institute on Alcohol Abuse and Alcoholism suggests asking about your child's view on alcohol, sharing important facts with them about alcohol abuse and giving them good reasons not to start drinking.

And parents, if you think your kids won't listen to you, there's a good chance they will. Doctors say 80 percent of teens say their folks are the biggest influence on their drinking habits.