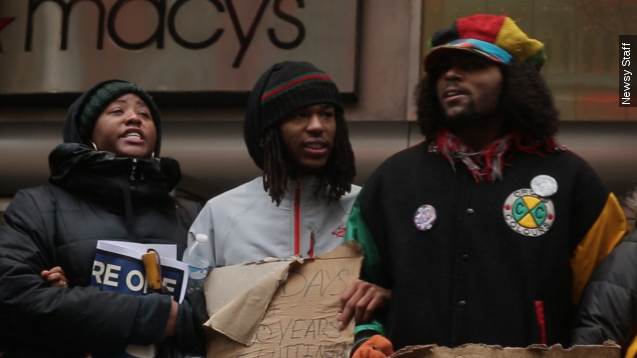 "We're marching ultimately for the black community to have the authority in our own neighborhoods. That's black self-determination. We're calling for black community control of the police."

"The city, from what we can tell, covered up basically a murder, for either political gains or what have you. And that's wrong. And people need to stand up and say that. And we need to see real change happen."

"We're here to ask for justice, to ask for responses to make sure the public officials do what they're supposed to do, which is to serve the public, protect the public."