Chicago Police To Buy $2.2M Worth Of Body Cameras 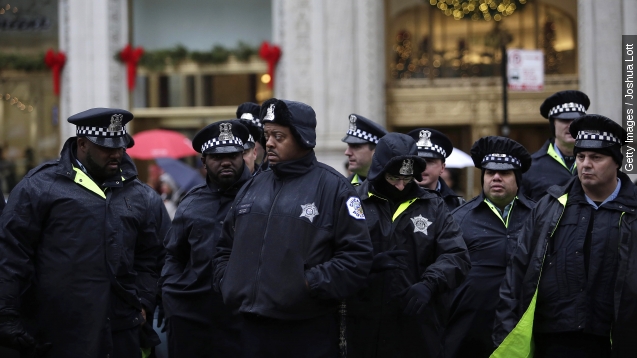 SMS
Chicago Police To Buy $2.2M Worth Of Body Cameras
By Melissa Prax
By Melissa Prax
November 29, 2015
Six more Chicago police districts will use body cameras by summer 2016, according to a statement from the city.
SHOW TRANSCRIPT

By summer of next year, six more Chicago police districts will be using body cameras.

In a statement, Chicago Mayor Rahm Emanuel said expanding the use of body cameras "will help enhance transparency and credibility as well as strengthen the fabric of trust that is vital between police and the community."

According to WGN, the cameras will reportedly cost $2.2 million. Half will come from the city. The other half comes from a U.S. Justice Department grant. (Video via WGN-TV)

In May, the DOJ announced it budgeted $20 million for body cameras at police stations nationwide. It was estimated earlier this year that a third of the nation's police departments are using body cameras. (Video via ABC)

While there haven't been many studies on how police body cameras can affect officer safety or the outcome of a court case, the goal is to offer more evidence and another point of view of an incident. Officers are expected to tell those they encounter that they're being recorded.

Chicago officers used body cameras for the first time earlier this year, but authorities say so far the results are promising. (Video via WLS-TV)