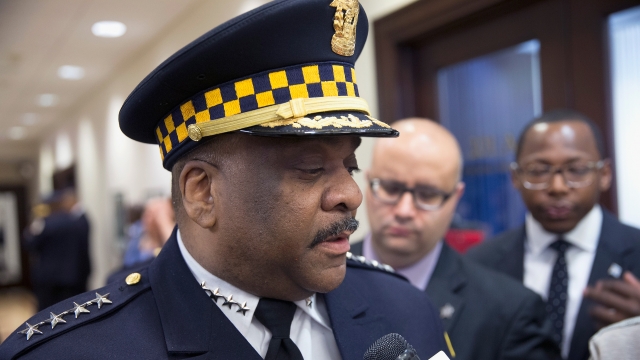 In a statement Thursday, Superintendent Eddie Johnson said after reviewing the evidence, it shows the officers violated Rule 14, which prohibits "making a false report, written or oral."

Nearly two years ago, officer Jason Van Dyke shot Laquan McDonald 16 times. In 2015, a judge ordered the city to release the tape of the shooting, which contradicted multiple police reports that McDonald was wielding a knife and swung at the officers in an "aggressive, exaggerated manner."

As for the seven unnamed officers, Johnson has already stripped them of their police status and will take his recommendation to the city's police board, which will determine if the officers will be fired.