Chicago PD Tries For Transparency, Less Use Of Force — Is It Working? 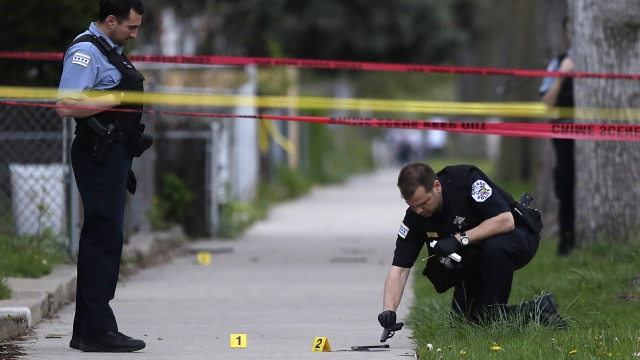 SMS
Chicago PD Tries For Transparency, Less Use Of Force — Is It Working?
By Ryan Biek
By Ryan Biek
August 28, 2016
The Chicago Tribune found shootings by the Chicago Police Department have decreased since 2010.
SHOW TRANSCRIPT

New data shows a decline in recent years in the number of incidents in which Chicago police fired their weapons.

The data was compiled and released by the Chicago Tribune, which submitted multiple requests for the information before eventually threatening to sue for its release.

The Tribune found that in 2010, 102 officers fired shots during 74 incidents. In 2015, both the number of officers and the number of incidents decreased by at least 40 percent.

In general, those numbers suggest a downward trend, though there have been a few spikes along the way. Out of the six years covered, the second year (2011) saw the most gunfire from police. 2013 through 2015 had the three lowest number of incidents, with a small spike in shots fired by police in 2014.

But the figures only represent the total number of incidents and say nothing about the situational factors that may or may not have led to police firing their weapons.

The release comes as Chicago's police force is under increased scrutiny. 2016 has been marked by numerous protests against police brutality.

In response, the city's department has tried to increase its transparency. One plan has been to expand the number of body cameras worn by officers.

And in June, the department released hundreds of clips from police incidents. The department has historically kept its videos of open investigations sealed.

While the data could help the department's image when it comes to use of force, it might not quell accusations of racial bias. The data shows the majority of individuals shot by police since 2010 were black men.