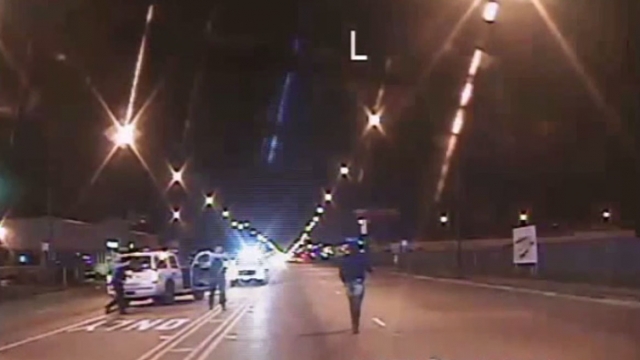 Five members of the Chicago Police Department could be terminated for allegedly lying about the fatal shooting of teenager Laquan McDonald.

Van Dyke is one of the officers facing those administrative charges. He shot McDonald seconds after arriving on the scene.

Van Dyke also faces a criminal charge of first-degree murder. He has pleaded not guilty.

Dashcam video — which was released more than a year later —  contradicts what officers said happened the night of the shooting. It shows the 17-year-old walking away from officers when he was shot. He was holding a 4-inch knife.

The video's release — which Mayor Rahm Emanuel's office fought against — drew national attention and sparked protests. It also led to the ouster of police superintendent Garry McCarthy, as well as changes to the department following a "scathing" report from the mayor's task force.

According to the Chicago Tribune, the city's inspector general suggested 10 officers be fired. Johnson said one of the 10 shouldn't face termination due to a lack of evidence, and four other officers have retired.

The Chicago Police Board will rule on the matter. It is expected to hold an initial hearing Sept. 19.