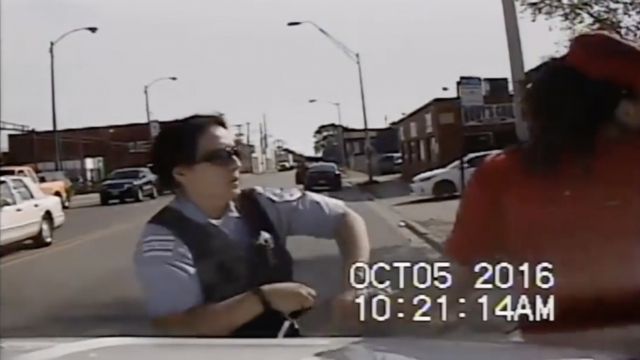 SMS
Chicago Police Assault Revives 'Ferguson Effect' Theory
By Christian Bryant
By Christian Bryant
October 17, 2016
Video of a police officer being assaulted is reviving discussion around the "Ferguson effect" and whether it's tied to crime and policing.
SHOW TRANSCRIPT

"She knew that she should shoot this guy, but she chose not to because she didn't want her family or her department to have to go through the scrutiny the next day on national news," Chicago Police Superintendent Eddie Johnson said.

Johnson doesn't say it explicitly, but it sounds like he's referencing the so-called "Ferguson effect."

The Ferguson effect has become a bit of a catch-all. Some say it's the idea that violent crime has surged because law enforcement officers are more timid during confrontations for fear of becoming a national headline. Some say it's officers shying away from proactive policing and opening the door to more crime.

Nationally, it's still hard to link surges in violent crime to the Ferguson effect — even if you consider spikes in violence in some major cities.

On one hand, 2016 is a historically violent year for Chicago. Shootings have already surpassed last year's numbers, and August was the most violent month in Chicago in nearly 20 years.

On the other hand, the national homicide rate is at a historic low. To be fair, the most recent homicide numbers are from 2014, the year the Ferguson effect would've theoretically only just begun.

For what it's worth, researchers say changes in policing could be the reason for increases in violent crime in some major cities. But so could economic conditions.

Either way, we might be closer to understanding the Ferguson effect. The Department of Justice says it plans to collect data on how law enforcement interacts with civilians — like when officers decide to use force. The goal is to increase transparency and rebuild trust between the two groups.