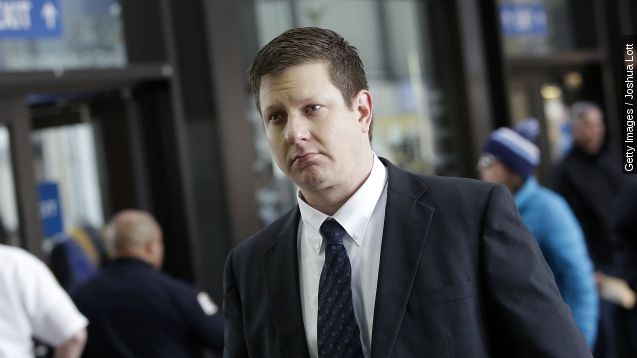 The Chicago officer charged with murder in the 2014 shooting of 17-year-old Laquan McDonald appeared in court Tuesday for an arraignment.

Jason Van Dyke pleaded not guilty to six counts of first-degree murder and one count of official misconduct. Van Dyke is currently out on a $1.5 million bond. (Video via MSNBC)

Dashcam footage appears to show McDonald holding a small knife and walking away from officers before he was shot 16 times.

The footage was made public in November after people called for its release for months.