Chernobyl May Produce Energy Again, But This Time It Will Be Clean 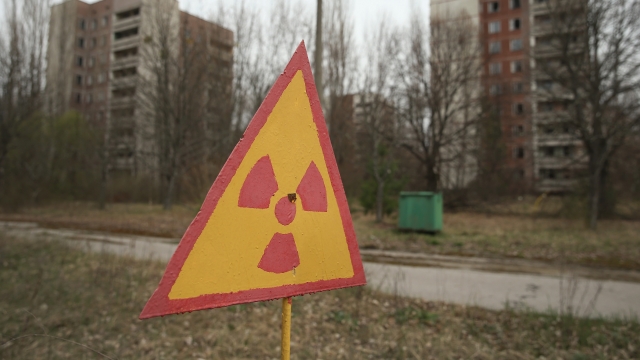 SMS
Chernobyl May Produce Energy Again, But This Time It Will Be Clean
By Ben Lawson
By Ben Lawson
July 29, 2016
Chernobyl's idle land may be used as a solar energy farm.
SHOW TRANSCRIPT

The land is considered too dangerous for people to live on or farm, but the lack of human activity has allowed wildlife in the area to flourish.

Now, the Ukrainian government said the land could be used to generate more than 1,000 milliwatts of solar energy.

The government says the area is well-suited for solar energy, and it can rely on transmission lines left over from the nuclear plant to feed energy onto the national grid.

SEE MORE: Renewable Energy Works So Well In Germany, Customers Are Getting Paid

All told, there is more than 23 square miles of land that isn't being used.

There are at least six companies already interested in the project, and Ukraine hopes to install 4 megawatts of panels by the end of the year.

The European Bank for Reconstruction and Development is also considering investing. That bank has already put about $500 million into constructing a massive, stainless steel shield for the damaged nuclear reactor.

The project could help Ukraine become less dependent on Russia for its energy needs. The country heavily relies on natural gas from Russia, but it's recently been trying to find alternatives to that deal.

Tensions are high between the neighboring countries. Russian-backed rebels invaded an eastern Ukrainian territory in 2014. The two sides are currently in an uneasy cease-fire.

This video includes images from Getty Images and clips from RT, Vice, The Wall Street Journal and NBC.