Chemical Weapons May Have Been Used In Syria — Again 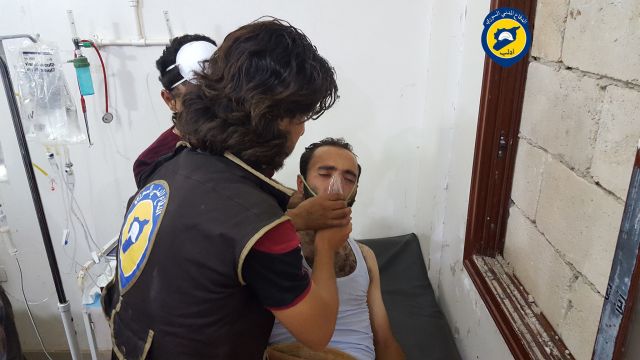 SMS
Chemical Weapons May Have Been Used In Syria — Again
By Jake Godin
By Jake Godin
August 2, 2016
The northern Syrian city of Saraqib has been attacked with chemical weapons in the past, including one instance where sarin may have been used.
SHOW TRANSCRIPT

These are some of the victims from a suspected chlorine gas attack in Syria.

Reports on the exact number of victims range from 28 to 33.

Chlorine gas was first used during World War I. Using any chemical as a weapon is banned under the Chemical Weapons Convention, which Syria signed onto in 2013.

Earlier in the day, a Russian Mi-8 helicopter was downed near Saraqib. All 5 on board were killed.

Russia denies there was any gas attack.

This wouldn't be the first time a chemical weapon was suspected of being used in Saraqib, either.

The United Nations investigated a chemical weapon attack in the city in 2013. While it couldn't be determined who was behind it, the investigation pointed to the use of Sarin.

Several chlorine attacks were reported last year in May, April and June.

The Syrian American Medical Society has documented 161 chemical weapon attacks in Syria since the start of the conflict.