Chelsea Clinton Made $65,000 For 1-Hour Appearance 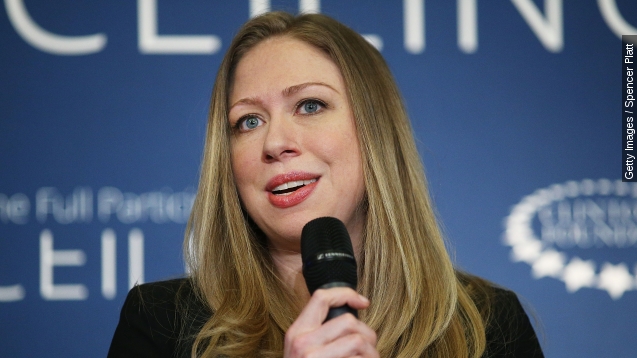 According to the The Washington Post, the University of Missouri-Kansas City originally wanted to book Hillary Clinton to speak at the opening of a women's hall of fame.

That dream died when they discovered her usual high fee of $275,000, reportedly prompting an emailed response from a university official of "Yikes!" (Video via Hillary for America)

But as Fox News noted, the speech Chelsea gave was only 10 minutes long, meaning she earned $6,500 per minute.

But that stat might be a tad unfair, as The Washington Post reports she did participate in a 20-minute Q&A session and a 30-minute VIP photo op. Both were tightly regulated, though.

The Clintons have long attracted criticism for public appearances ever since Hillary said Bill left office "dead broke." The former president then quickly went on to earn over $100 million giving speeches.

"There is something wrong when the CEOs make 300 times more than the typical worker," Hillary said at a campaign event in April.

The Guardian notes Hillary has drawn criticism for presenting herself in line with middle-class voters, while commanding six-figure fees.

Chelsea, for her part though, is arguably more philanthropic.

A spokeswoman told The New York Times last June "unlike her parents' talks, Ms. Clinton's speeches 'are on behalf of the Clinton Foundation, and 100 percent of the fees are remitted directly to the foundation.'"