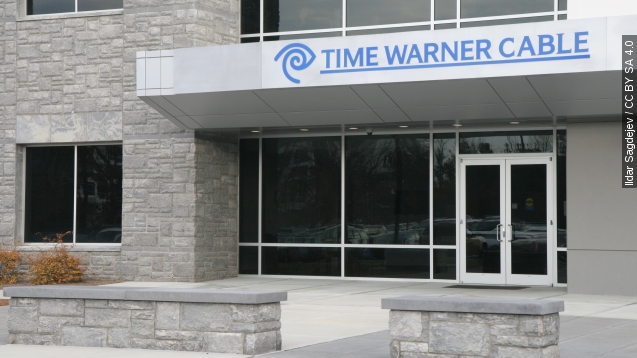 Well, that didn't take long. Just over one month after Time Warner Cable's planned merger with Comcast ran afoul of regulators, the cable company has made a deal with Charter Communications.

Bloomberg first reported Monday that Charter was planning to buy out Time Warner Cable for about $55.1 billion in cash and stock. The deal works out to about $195 a share or 14 percent above Time Warner's share price after close Friday.

The deal is for substantially more than the $45 billion Comcast offered Time Warner last year. Fears that the resulting company could exert too much influence on the broadband market stalled the potential deal for over a year, Comcast finally pulled the plug in April.

The collapse gave Charter a second chance to acquire a prize the company's been eyeing for some time now — the Comcast deal was proposed over multiple Charter attempts at a buyout.

According to Bloomberg, a last-minute offer to buy Time Warner from European cable provider Altice drove up the price of Charter's bid. Altice just acquired U.S. provider Suddenlink for $9 billion.

If this deal is successful, Charter could gain 12 million new customers in different markets. That's not quite on the same scale as the Comcast-Time Warner deal would have been, but Charter's buyout is still likely to face severe regulator scrutiny in the coming months.