Charlie Sheen And The Facts Of Living With HIV 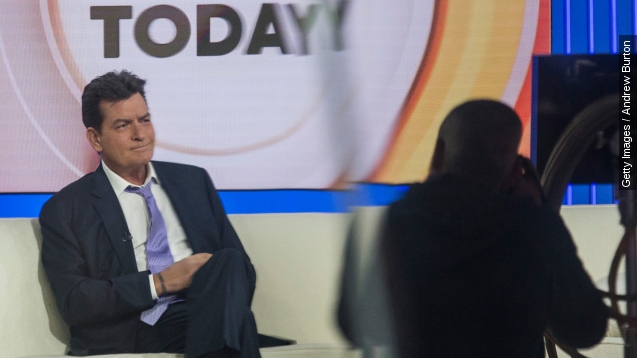 SMS
Charlie Sheen And The Facts Of Living With HIV
By Cody LaGrow
By Cody LaGrow
November 17, 2015
With access to the correct medication, it's possible for those with HIV to live healthy lives.
SHOW TRANSCRIPT

After Charlie Sheen revealed Tuesday on the "Today" show that he is HIV-positive, he told Matt Lauer why he's coming forward now.

"I have to put a stop to this onslaught, this barrage of attacks and subtruths," Sheen told Lauer.

Sheen joins other celebrities, like Magic Johnson and Greg Louganis, who've publicly announced they have HIV. Most recently, "Who's the Boss?" star Danny Pintauro shared his story with Oprah Winfrey.

"I was completely clueless to the idea that I was HIV-positive," Pintauro revealed.

"We don't feel it was the death sentence that it was in the '80s, '90s, or before there were ARVs," Winfrey responded.

ARVs — short for antiretroviral drugs — are medicines that can't cure HIV, but they can help people with the virus live longer, healthier lives or even make HIV undetectable in the blood.

In fact, when people who are HIV-positive take ARVs, their chances of spreading the virus are 96 percent lower. It's important to note, though, even if HIV isn't found in an infected person's blood, it's still possible to be present in sexual fluids.

That's when drugs like PrEP, or pre-exposure prophylaxis, can provide a high level of protection against HIV for those who have a high risk of exposure. The drug reduces the risk of infection by 92 percent when taken correctly, but doctors still recommend using a condom to be safe. PrEP does not prevent other sexually transmitted infections.

HIV can break down your immune system enough that it can lead to AIDS, which claimed 1.2 million lives in 2014 across the globe. While that's still too many people, it's a 42 percent decrease since 2004. Medical professionals cite access to ARVs as a reason for the decline.

Failure to disclose an HIV-positive status to a sexual partner is a felony in some states.  Sheen claims he was forthright with sexual partners about his diagnosis and said it's "impossible" he spread the virus to anyone.

So, as news outlets dig into Sheen's personal life to perpetuate the stigma that only the wild and reckless can contract HIV, we should remember that all it takes is one chance exposure. Protecting yourself is key, and judging others only makes you the sicker person.