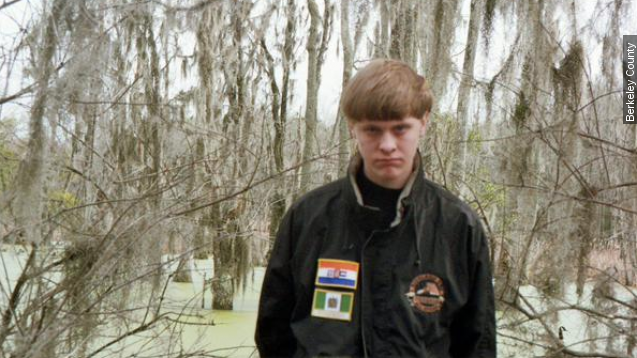 By Jake Godin
June 18, 2015
A gunman killed nine at a black church in Charleston, South Carolina, Wednesday night. Was it a hate crime or a domestic terror attack?
SHOW TRANSCRIPT

Was the Charleston shooting terrorism?

"The FBI is now on the scene with local police, and more of the bureau's best are on the way to join them. The attorney general has announced plans to open a hate crime investigation," President Obama said during a Thursday statement.

On Wednesday, a gunman walked into Charleston's Emanuel African Methodist Episcopal Church and killed nine churchgoers, including the pastor, who was also a state senator.

Photos of the suspect soon circulated in an attempt to identify him. In one photo, he wore a jacket with two apartheid-era flags — one from South Africa and the other Rhodesia.

Some have called the tragedy a hate crime.

"Because at this point we don't really know if it's a hate crime, certainly it should be investigated as a hate crime," said an analyst on Fox News.

That includes, tacitly at least, the U.S. government, which has opened a hate crime investigation into the shooting. (Video via U.S. Department of Justice)

But others say it's an act of terrorism.

"Black churches being attacked as sites of domestic terrorism. And it's important that we use that word, terrorism," CNN political commentator Marc Lamont Hill said.

So, which one is it? First let's look at how the U.S. government defines each in a legal context.

A hate crime is defined as an offense where someone willfully caused bodily injury to anyone because of the victim's actual or perceived race, color, religion or national origin. The code was updated to include gender, gender identity, sexual orientation and disability. (Video via CBS / Carousel Films)

Domestic terrorism, on the other hand, is defined as endangering human lives while trying to intimidate or coerce a civilian population or influence a government's policy and conduct.

On paper, the two sound distinct but when looking at actual crimes, the line gets a little blurry.

Witnesses to the Charleston shooting quote the gunman as saying, "I have to do it. You rape our women, and you're taking over our country. And you have to go."

While that clearly falls within the boundaries of a hate crime, it can also be perceived as an attempt to intimidate or coerce Charleston's black community, to terrorize them and make them leave out of fear. (Video via WCBD)

Ultimately, it seems the classification is a matter of preference. So does that mean it could be both? Yes, actually. At least according to former Attorney General Eric Holder.

After a 2012 attack against a Sikh temple in Wisconsin that left six dead, Holder condemned the attack as both terrorism and a hate crime. (Video via CBS)

"And that is precisely what happened here: an act of terrorism, an act of hatred, a hate crime," Holder says during the CNN video.

Speaking to KCUR last April after shootings at a Jewish Community Center, said the definition comes down to the language and whose side you're on.

"If you accept the legitimacy of those who are doing acts of violence in the name of a political cause," Dilks said, "and if you agree with the political cause, then you’d call them freedom fighters." (Video via WCSC)