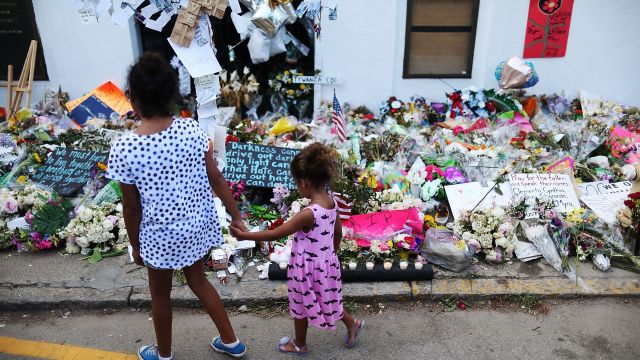 SMS
Charleston Church Distributes Donations To Shooting Victims' Families
By Katie Link
By Katie Link
May 8, 2016
Months after the tragedy in Charleston, South Carolina, some victims' families are upset with how those donations were divided.
SHOW TRANSCRIPT

Millions of dollars in donations poured in to the Emanuel African Methodist Episcopal Church after a gunman killed nine people attending a bible study last June.

Months after the tragedy in Charleston, South Carolina, some victims' families are upset with how those donations were divided.

The church gave $1.5 million to the families of victims and to survivors and kept $1.8 million for itself.

According to the Post and Courier, church leaders say the money staying with the church will go to "building maintenance needs along with an endowment, a memorial and scholarships."

But for some family members who received a check and a formal letter in the mail last week, the surprisingly small amount of money seemed like a slap in the face.

A woman who lost her mother in the massacre told the Post and Courier, "It's just sad how the church continues to disrespect the families."

The church says it followed a formula similar to the city's Mother Emanuel Hope Fund, which split donations like this: 55 percent split equally among the nine victims' beneficiaries, 25 percent among five shooting survivors, 10 percent among children of victims, 5 percent to education and 5 percent to a special needs account.

According to the church's lawyer, only a small portion of the total amount of money sent to the church — $280,000 — was actually specified by donors to go victims.

There's no nationwide formula on how to split donations after tragedies, though it's often a highly-debated task.

This video includes images from Getty Images and clips from KGTV.