Charles Townes, Inventor Of The Laser, Dies At 99 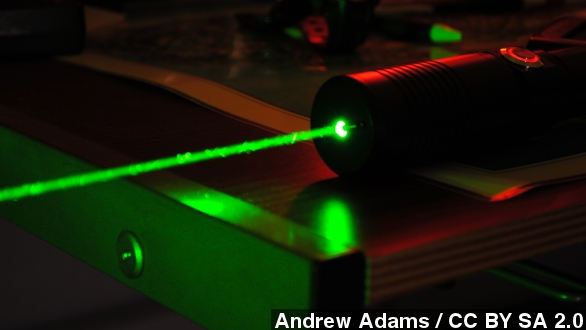 SMS
Charles Townes, Inventor Of The Laser, Dies At 99

By Cliff Judy
January 28, 2015
Charles Townes said his revelation of how to form a narrow beam of a single wavelength came while he sat on a park bench in 1951.
SHOW TRANSCRIPT

The world of science lost a man even his Nobel Prize-winning colleagues called "a giant" among them.

Charles Townes died Tuesday at the age of 99, more than half a century after winning a Nobel Prize for inventing the laser. (Video via VR Foundation)

The widespread use of Townes' invention is hard to quantify. The laser is to modern technology what recorded audio was to telecommunications or the steam engine to the Industrial Revolution.

The focused beams of light see uses as varied as the common bar code scanner to military weapons for taking down small drones at long distances. Their use is so ingrained in our vocabulary, many don't realize it's an acronym meaning "light amplification by the stimulated emission of radiation." Oh, and they also make for some very cool experiments. (Video via YouTube / Cody Hawk, U.S. Department of Defense and WorldScott.com)

Lasers, unlike normal white light with jumbled wavelengths, are narrow beams of light with a single wavelength formed when electrons go into an excited state. (Video via Arbor Scientific)

Townes says his laser revelation came while sitting on a park bench in 1951. He was head of a Navy committee tasked with figuring out how to decrease wavelengths so they could be better used in communications.

The problem was anything making short wavelengths wasn't very powerful and atoms typically absorb more energy than they give off. He has time and again described the moment the proverbial light went off as he sat on that bench.

"'Wait a minute, wait a minute,' I thought," Townes told Nobel Media. "This is the way to do it. We can do it from molecules. We get molecules in the right kind of state, and that can happen. Ah! It was exciting."

The discovery eventually led to the 1964 Nobel Prize for Physics.

The Los Angeles Times noted Townes had a rare mindset for such a renowned scientist.

Townes and Mother Teresa were the only two people to ever receive both a Nobel Prize and a Templeton Prize, an award for spiritual contributions.

Townes was a professor emeritus for the University of California, Berkeley.

"Doing physics is good fun," Townes said. "Explore, explore, explore! That's what science is is exploration, finding out new things. So have a good time with it."