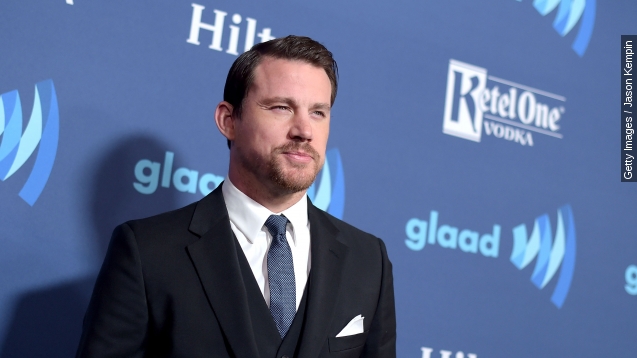 Imagine participating in a fan screening of "Magic Mike XXL" ... and then an old man gives you a lap dance.

That's exactly what happened for some very lucky and unsuspecting fans.

Why do we say lucky? That's because the old man was none other than Channing Tatum in full costume.

Tatum dressed up to promote the sequel to the franchise's highly successful first installment, which grossed over $160 million worldwide. But it's not just fans of male twerking that've reaped the benefits of "Magic Mike"'s success.

Here's what two Chippendales entertainers had to say about the franchise:

"Magic Mike brought male revue back into center stage," dancer James Davis said. "It definitely got people curious about what do these guys do? What is this show about?"

The Las Vegas-based Chippendales, founded in 1979, is one of the most recognized male entertaining groups in the world.

In 2008, the Chippendales brought in almost $10 million annually from their shows. In 2014, two years after the release of "Magic Mike," they were projected to bring in around $15 million. (Video via Chippendales)

The two Chippendales dancers also told Wall Street Journal Live that "looking the part" is both what it takes to be a part of the Chippendales' team and why fans love the "Magic Mike" franchise.

Tatum asked, "Would you say that you care about the story?"

He then asked, "What part of the movie would you want to see in 3-D?"

When Tatum finished asking fans questions, he promised them a "3-D" movie experience — only before several male entertainers surprised the audience. Tatum later revealed his true identity and put on a little performance himself.

This prank is promoting a competition sponsored by Omaze, and the winner will ride in Tatum's motorcade to the movie premiere. The contest supports the Ruma Foundation, which helps local farmers in the Amazon.