These Tiny Island Foxes Just Bounced Back From Near Extinction 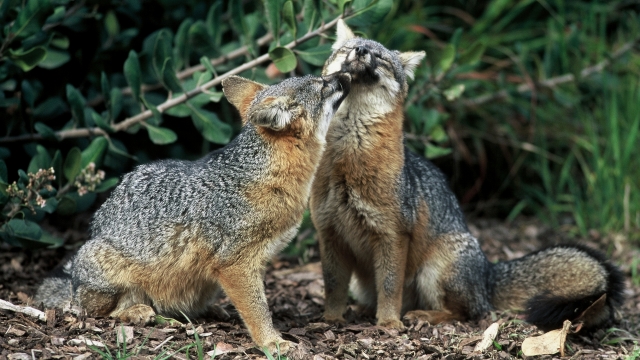 These adorable miniature foxes native to California's Channel Islands were classified as an endangered species back in 2004.

But now, just 12 years later, federal officials say three subspecies of the little guys have made a full recovery.

And that's a pretty big deal.

According to the U.S. Fish and Wildlife Service, the foxes that roam the islands of San Miguel, Santa Rosa and Santa Cruz were declared federally endangered after golden eagles nearly wiped them out.

Officials say, by 2000, there were only 15 foxes each left on San Miguel and Santa Rosa and 55 foxes left on Santa Cruz.

But thanks to an effort that bred the foxes in captivity while relocating their predators, the species made a record-breaking recovery.

The director of the U.S. Fish and Wildlife Services said in a statement: "It's remarkable to think that in 2004, these foxes were given a 50 percent chance of going extinct in the next decade. Yet here we are today."

But the recovery effort definitely had its fair share of controversy.

See, golden eagles prey on piglets, so wildlife officials said they had to shoot and kill thousands of feral pigs on the islands to force the eagles to hunt elsewhere. And several animal rights groups weren't too happy about that.

Still, wildlife officials consider the foxes' recovery a resounding success, and they say they hope it can be a template for saving other species.

This video includes clips from The Nature Conservancy, U.S. National Park Service and Planet Doc and images from the U.S. Fish and Wildlife Service. Music provided courtesy of APM Music.