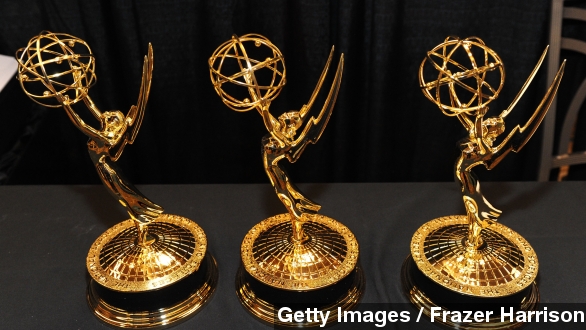 SMS
Changes To Emmy Categories Come Close To Righting Ship
By Ben Lawson
By Ben Lawson
February 21, 2015
There have been some much needed changes made to what shows can qualify for certain Emmy categories.
SHOW TRANSCRIPT

The Emmys have made some much-needed changes to their awards categories.

The most important one: shows which run for longer than thirty minutes are considered dramas and are no longer eligible for the comedy category.

This means shows like “Shameless” and “Orange Is The New Black” are being pushed out of comedy and will now be forced to compete as dramas.

It’s pretty obvious that Netflix’s hit series shares more in common with a drama than shows typically nominated as comedies like “Modern Family” and “The Big Bang Theory.”

But with high-concept shows like “Breaking Bad” and “House of Cards,” drama is a highly competitive category - especially in acting.

Think of the difference between competing against Jim Parsons and Matt LeBlanc in the comedy category, and now being matched up against Hollywood A-listers like Kevin Spacey and Mathew McConaughey in drama.

The way the Academy divides up the Emmy categories was definitely due for some changes but using runtimes as the defining qualification is a bit tricky.

And this would also mean an hour-long show like "Jane The Virgin" is up against "Game of Thrones," which is pretty laughable.

The other significant change is the Outstanding Miniseries category, which has been a hot category recently with shows like “American Horror Story” and “Fargo”.

It will now be called Outstanding Limited Series. In order to fit that category a show must run two or more episodes and tell a complete, non-recurring story.

This means that HBO’s critically acclaimed “True Detective” would fit in this category more than the drama category, where earned its Emmy nomination in 2014.

And shows like “Luther,” which has the same main character every season, would not be considered a limited series after earning a miniseries nomination last year.

The Academy has also changed the definition of "guest actor" as someone who appears in less than half of a show's episodes - meaning Joan Cusack, who might as well be a series regular on "Shameless" is out of luck.

One last change no one is likely to complain about is that there will now be seven nominees for each category instead of six.