Chances IRS Will Audit You Lowest In 10 Years 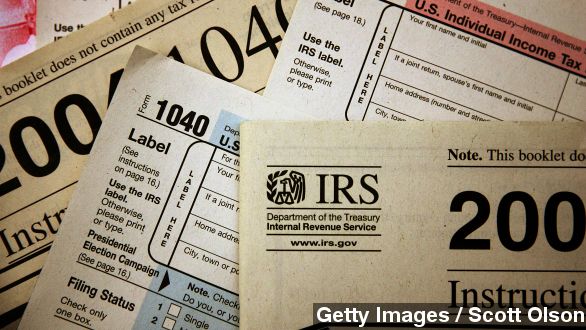 SMS
Chances IRS Will Audit You Lowest In 10 Years
By Jake Godin
By Jake Godin
February 24, 2015
According to data obtained by USA Today, IRS auditing is at its lowest in the past 10 years. But that still doesn't mean you can cheat.
SHOW TRANSCRIPT

Taxes. It's almost that time of year again where Americans let out a collective sigh as they navigate their previous year's finances.

But if for whatever reason you're concerned about being audited, worry not — Americans are at the lowest risk in 10 years of getting an audit.

That's according to USA Today, who got their hands on IRS data and found that 2014's audit rate for individuals was at a measly 0.86 percent — its lowest since 2005.

But just because the odds are low doesn't mean you should start fudging the numbers on that 1040 — especially since the IRS gets to keep your paperwork for three years. The odds can change drastically depending on your financials as well.

Folks who make less than $200,000 a year are much less likely to be audited than, say, an individual making more than $1 million.

Financial writers from The Motley Fool point out another way to increase your odds of being audited is listing charitable donations. While certainly a good thing to do, the IRS can knock you pretty hard if you don't have the right documentation.

Another red flag is if you don't include all of your income on your tax form. The IRS gets the same W-2s and 1099s that you do, so if they do the math and their numbers dont match with yours, you may be getting a letter from the IRS at some point.

Then there's something that's not entirely within your control: how much government funding the IRS receives.

USA Today points out that as the IRS' audit rate has declined, so has its funding. IRS Commissioner John Koskinen appeared in front of the Senate Committee on Finance earlier this month to appeal for more money so the agency could better handle tax forms.

Still, fear of raising a red flag and being audited by the IRS shouldn't keep you from noting legitimate expenses on your tax returns and enjoying the benefits. Just make sure you get everything in order and double check your numbers.