Chancellor's Seahawks Holdout Ends In A Loss For Both Sides 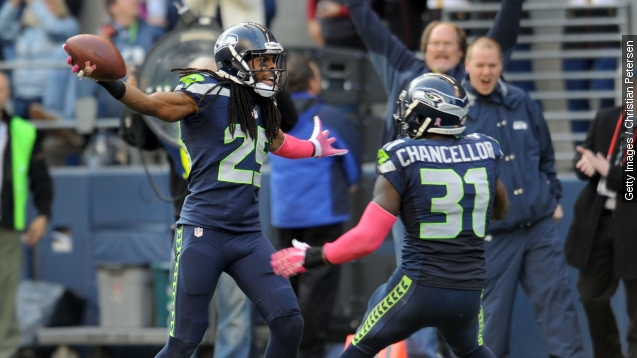 SMS
Chancellor's Seahawks Holdout Ends In A Loss For Both Sides

The Legion of Boom is back together.

On Wednesday, Seahawks safety Kam Chancellor ended his nearly two-month holdout that stretched two games into the regular season and re-joined his teammates in Seattle.

NFL players can hold out when they're unsatisfied with their contract, refusing to show up for practices and even games. They'll generally get a deal at some point in training camp, only Chancellor didn't.

It wasn't just about a bigger salary, though. Chancellor was reportedly after more guaranteed money as well. He signed a four-year, $28 millon deal in 2013, but only $17 million of it was guaranteed, and that money was scheduled to be in his bank account by the end of 2015. (Video via KCPQ)

NFL teams are only required to pay a player a certain amount of money if they can't or won't finish out their contract. It appears that was a risk the banged-up safety didn't want to take.

"He played the Super Bowl with a tear in his MCL and that really was at the heart of all of this, was some injury concerns on his part. Looking at it and saying, long term, 'What is this knee going to be like?'" Jason La Canfora said.

There's also the threat of concussions. Defensive backs are asked to make plays in space, leading to high-speed collisions and head injuries, which is why corners and safeties led the NFL in the career-threatening head injuries in 2013. (Video via KCNC)

Now that it's over, Chancellor's hold out seems like a pretty big blunder from the three-time Pro-Bowler. Not only is he on the same contract, he reportedly lost more than $2 million in fines for not showing up to work.

Holdouts aren't always a bad idea, though. Jets cornerback Darrelle Revis more than doubled his salary with his 2010 one-man strike, but he didn't have to miss any games to do it.

Chancellor missed two games, and the Seahawks missed him pretty badly. They dropped an overtime thriller to the division-rival Rams in week one.

And then the secondary Kam usually leads got torched by NFL MVP Aaron Rodgers, dropping the defending NFC champions to 0-2.

But their next match-up will be a much easier contest against the Bears, and the team will certainly be happy to have their leader back.