Chance The Rapper, Newest Member Of The Chicago White Sox? 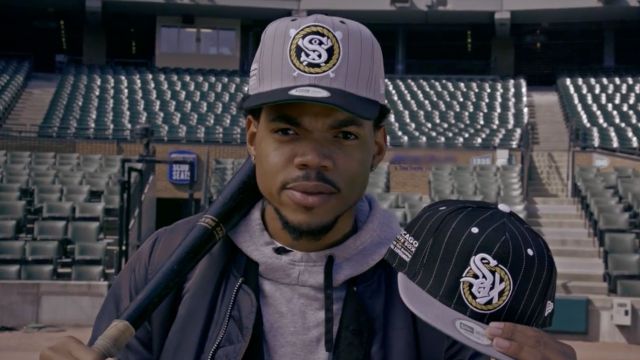 "Say it ain't so, bro. Yes it is. Brand new, redesigned Sox caps, available soon," Chance the Rapper said in a promo video for the New Era hats.

Redesigning the Chicago White Sox's hats reportedly won't be Chance the Rapper's only job with the MLB club.

The White Sox are in talks to sign the Chicago-based rapper as a club ambassador, according to ESPN.

Chance the Rapper unveiled the limited-edition hats Wednesday to almost unanimously positive reviews. He also recorded the team's ballpark video for this season and is scheduled to throw out the ceremonial first pitch Friday.

Chance the Rapper, born Chancelor Bennett, can already be seen repping Chicago in just about every performance, so an official deal with the team wouldn't change his image too much.

While a rapper-turned-team representative would be an unprecedented move in the MLB, we've seen it before in the NBA.

Drake has been a team ambassador for the Toronto Raptors since 2013, and it's been well-received. TSN personality Cabbie Richards told Complex, "He just made the Raptors cool. I don't think you can put a dollar figure on that."

And the White Sox hope Chance the Rapper's star power can help make the team cool to a new group of fans.

The Sox's senior vice president of sales and marketing told ESPN, "For anyone over 28 years old, they're thrilled that Frank Thomas is back with us. ... But we want to talk to those who are even younger, to develop interest from the Hispanic and the African-American markets. Chance resonates with them."

Since 2012, the White Sox have finished no better than 24th out of 30 MLB teams in home attendance. Their crosstown rivals, the Chicago Cubs, haven't finished worse than 12th.