Chair Of Targeting Probe Calls For IRS Head To Be Fired 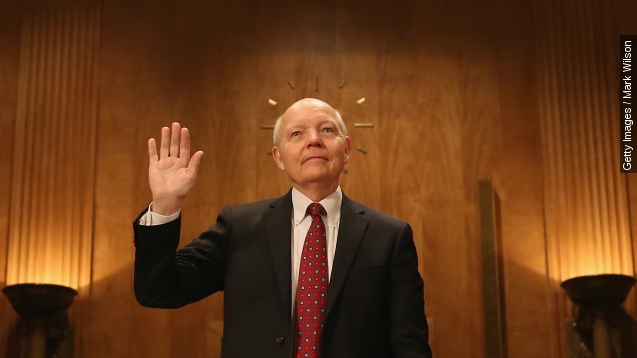 SMS
Chair Of Targeting Probe Calls For IRS Head To Be Fired
By Leah Becerra
By Leah Becerra
July 27, 2015
The House Oversight Committee chairman and his Republican colleagues have asked the president to sack IRS Commissioner John Koskinen.
SHOW TRANSCRIPT

More than 20 House Republicans signed the letter, which accused the IRS commissioner of obstructing investigations and ultimately misleading Congress.

The investigation centered on former IRS official Lois Lerner, whose emails appeared to be the key in determining whether the agency had targeted tea party groups applying for nonprofit status during the 2012 election cycle.

But the IRS claimed Lerner's emails were lost for good after her computer crashed. Even after some 6,400 emails were found during an IRS investigation, the agency didn't immediately turn them over to Congress. (Video via C-SPAN)

Lerner denied any wrongdoing and retired. But Koskinen has been repeatedly blasted by Republicans for his handling of the investigation. And now Chaffetz has promised to potentially pursue "contempt proceedings or perhaps impeachment of Commissioner Koskinen.” (Video via C-SPAN)

Considering Chaffetz is widely described as an Obama administration watchdog, his tough stance on the commissioner isn't all that surprising.