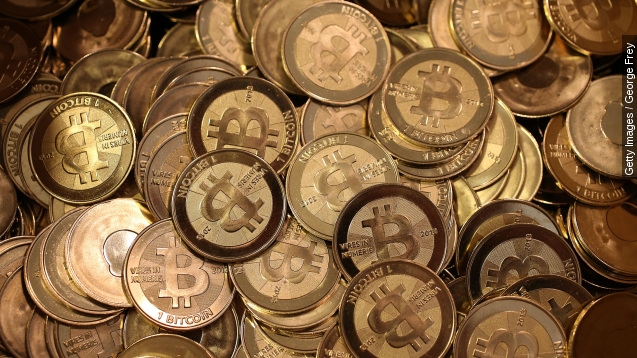 SMS
CEO Arrest Probably Won't Solve The Mystery Of Mt. Gox
By Matt Picht
By Matt Picht
August 1, 2015
The former CEO of collapsed Bitcoin exchange Mt. Gox has been arrested in Japan over accusations he funneled money from the website to himself.
SHOW TRANSCRIPT

The former head of now-defunct bitcoin platform Mt. Gox has been arrested in Japan over accusations he manipulated the exchange to pad his accounts.

But his arrest probably won't make these guys feel any better.

Japanese authorities accuse Mark Karpeles of inflating his bitcoin balance while running Mt. Gox by roughly $1 million. In texts sent to The Wall Street Journal, Karpeles called the charges "false" and said he would "of course deny" them. (Video via NHK)

Now, $1 million is a lot of money, but it's peanuts compared to what Karpeles has been on the hook for in the past — losing over $450 million worth of bitcoins.

When Mt. Gox filed for bankruptcy early last year, Karpeles divulged the site had "lost" 850,000 bitcoins, blaming the disappearance on hackers. The site has since recovered 200,000 of the missing cryptocurrency from an old digital wallet.

No one’s sure what happened to the rest of the money, and Karpeles’ legal troubles might not help matters much. Officials haven’t mentioned any connection between Karpeles’ alleged fraud and the bitcoin disappearance, only commenting that some of the missing coins might never have existed in the first place.

Authorities have yet to formally charge Karpeles with anything. In Japan, authorities can hold suspects for a few weeks before bringing charges.