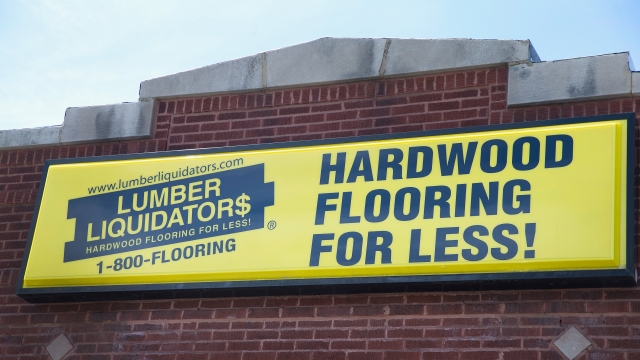 The Centers for Disease Control and Prevention says the risk of cancer from certain types of laminate flooring from Lumber Liquidators is three times higher than originally predicted.

An incorrect ceiling height reportedly made the exposure to toxic formaldehyde seem less risky in the original calculation.

That makes for an estimated 6-30 cases per 100,000 people, although the CDC said its model might overpredict a bit because of its "protective nature."

In March 2015, CBS first reported toxic formaldehyde in Lumber Liquidators products made in China might not have met health and safety requirements.

The CDC also warns customers are at a higher risk for respiratory problems. Lumber Liquidators said in a statement the agency was overestimating the health risks.

This video includes clips from Lumber Liquidators and images from Getty Images.