CBS Will Let You Stream This Year's Super Bowl For Free 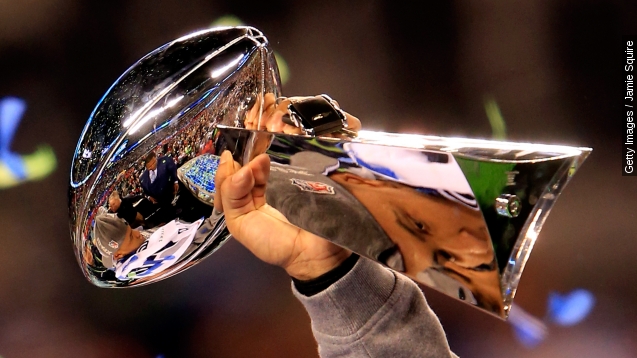 SMS
CBS Will Let You Stream This Year's Super Bowl For Free
By Grant Suneson
By Grant Suneson
September 2, 2015
CBS announced it plans to stream the 2016 Super Bowl as well as a few other games in what could be an attempt to reach out to cord-cutters.
SHOW TRANSCRIPT

For those who love watching football but hate paying for cable, CBS has a big announcement.

The broadcast company released a statement saying it will stream the 2016 Super Bowl and a few other games for free online.

CBS Sports Digital General Manager Jeffrey Gerttula said the company is "excited to offer more NFL ON CBS streaming coverage across more digital platforms than ever before. All NFL fans will have access through their computers, tablets and now Connected TVs."

This isn’t the first Super Bowl fans could catch the game live online. NBC's put the feed up for free the last two times the network’s aired the game. (Video via NBC)

CBS will let anyone with an Internet connection watch two regular season games, four playoff games and Super Bowl 50 — presumably a move to appeal to the growing number of cord-cutters.

Between contracts with CBS, NBC, ESPN and Fox, the NFL rakes in between $5 billion and $6 billion per year for the rights to broadcast games.

The networks recoup that money by selling ad space during games, so protecting viewership is a high priority.

Meanwhile, advertisers shelled out about $4.5 million to air a 30-second spot. (Video via WEBN)

Correction: An earlier version of this video incorrectly said a TV subscription was required to watch the NHL Stanley Cup Final. The video has been updated.