CBS Might Bring Nancy Drew Back, But With A Twist 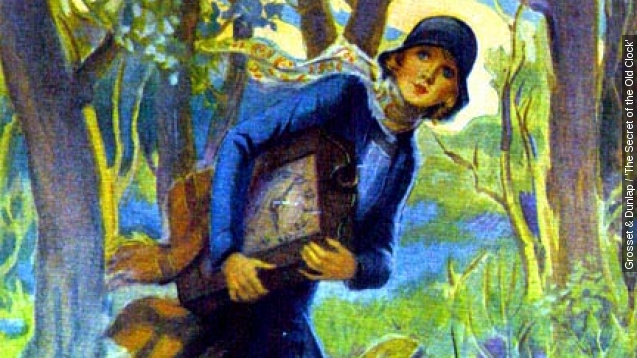 SMS
CBS Might Bring Nancy Drew Back, But With A Twist
By Kaileen Gaul
By Kaileen Gaul
October 5, 2015
Nancy Drew could be making a return to the small screen, but CBS says it'll make some changes to the famous detective.
SHOW TRANSCRIPT

It's not a secret anymore. The executive producers of "Grey's Anatomy" are working on bringing Nancy Drew to CBS.

It's another in a slew of on-screen portrayals of the famous detective. Remember the 2007 movie starring Emma Roberts? (Video via Warner Bros.)

Then there was the 2002 TV movie with Maggie Lawson. And don't forget about the "The Hardy Boys/Nancy Drew Mysteries" in the '70s and the "Nancy Drew" series in the '90s, just to name a few.

The sleuth is practically a franchise: from books to TV to movies and even games. (Video via Her Interactive)

"It's up to you as Nancy Drew," said the voice-over for the "Nancy Drew: Secret of the Old Clock" game trailer.

So how is this reboot going to be different? Well, The Hollywood Reporter says the show will be a contemporary take on Nancy. She'll be in her 30s solving cases for the NYPD.

Could this fill the void that losing "Law & Order" and "CSI" left us with?

"It's one of the greatest unsolved cases of all time," said Emma Roberts as Nancy Drew in the 2007 film. (Video via Warner Bros.)

But let's just point out Nancy Drew would be a whole lot older than her 30s by now, since the first book, "The Secret of the Old Clock," was published in 1930.

The Nancy Drew series is one of the many retro reboots coming to network television. CBS also announced a "MacGyver" show is in the works, and of course ABC recently revived "The Muppets."