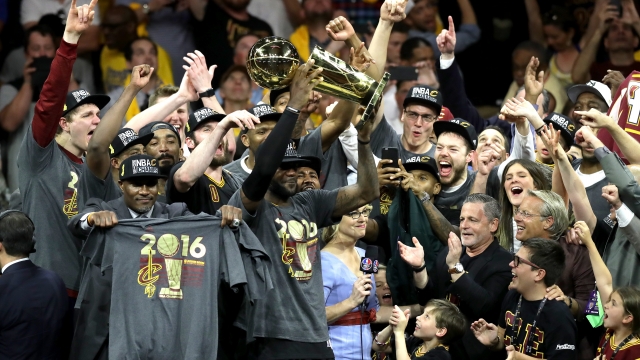 The Cleveland Cavaliers have ended the city's massive championship drought after claiming a 93-89 victory against the Golden State Warriors in Game 7 of the NBA Finals.

This is the city of Cleveland's first championship since the Browns won the 1964 NFL Championship. The NBA title provided a huge moment of redemption for LeBron James as he was finally able to deliver a title to the franchise that first drafted him in 2003.

James dominated throughout the series, scoring 27 points and recording a triple-double in Game 7. His performance earned him his third finals MVP award.

The Cavs defied history by becoming the first team to come back from a 3-1 deficit in the finals. And they couldn't have done it against a tougher opponent.