Catholic Church In Rwanda Apologizes For Role In Country's Genocide 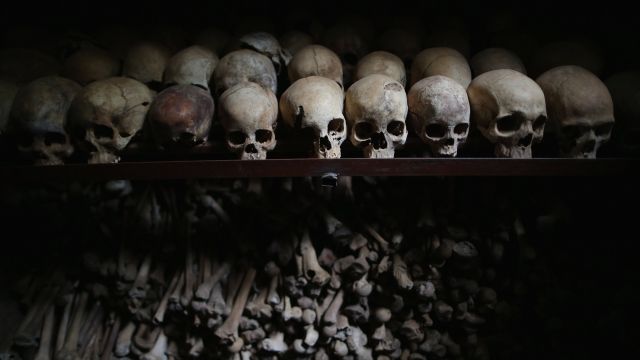 SMS
Catholic Church In Rwanda Apologizes For Role In Country's Genocide
By Ryan Biek
By Ryan Biek
November 21, 2016
In 1994, over 700,000 ethnic Tutsis were killed by Hutu extremists.
SHOW TRANSCRIPT

The Catholic Church in Rwanda has apologized for its part in the country's genocide.

A statement from the Conference of Catholic Bishops on Sunday admitted members of the church helped plan and carry out some of the attacks.

SEE MORE: Solving One Of The Biggest Challenges This Century: Water

A number of priests, nuns and clergymen killed those seeking refuge in churches.

For years after the genocide, the local church refused to admit its role in it. In their statement, the bishops asked for forgiveness and said Rwanda's people are one family.

So far, the Catholic Church as a whole hasn't officially admitted the exact roles its members had in the massacre.