Cat-Scratch Disease Is Putting More Infected People In The Hospital 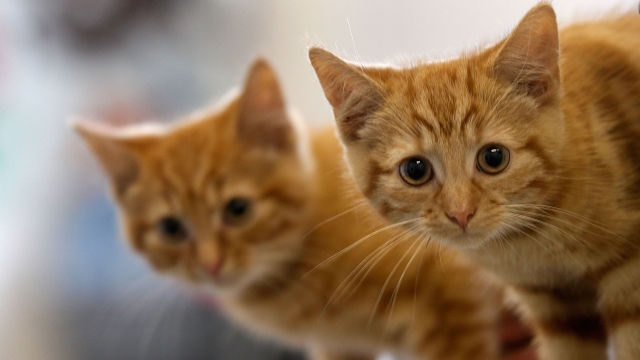 Your cute, snuggly feline can make you sick.

Cat-scratch disease is real. And apparently, an increasing number of people infected with it are being hospitalized.

The disease is caused by a bacteria fleas give to cats. Cats transmit the disease to humans by licking an open wound or breaking the skin through scratching or biting. Symptoms include fever and fatigue, along with a red, swollen area around the site of the bite or scratch.

Though rare, the disease could cause serious heart and brain problems.

However, those types of complications usually only occur in people who have other conditions that weaken their immune systems.

The Centers for Disease Control and Prevention examined information from a database of insurance claims. The information they reviewed spanned from 2005 to 2013.

The South Atlantic region of the United States had the largest proportion of diagnoses. On average, children ages 5 to 9 had the highest yearly diagnosis rate.

Unfortunately, those adorable kittens are more likely to carry the bacteria than cats.

And cats don't show any symptoms of carrying the bacteria.

But don't worry too much.

The researchers admit there are limitations to this study. The database they examined didn't include information from people 65 and older, and it only included information on those with private, employer-sponsored insurance.

The CDC recommends treating cats monthly with a flea medication, trimming their claws and keeping them inside. Humans should also wash bites and scratches immediately and avoid rough play with cats.